Karen still can’t believe it. Friends secretly raised money through crowdfunding so she could buy a CloudCuddle for her son Stan. There was a process that had preceded this.

In his normal bed Stan (3 years old) could stand up straight and jump. He also smashed and hit against the walls.  That kept both himself and his parents awake at night. “Stan was diagnosed with ASD in combination with a developmental delay. Our son doesn’t understand that it’s better for him to lie down at night to calm down and sleep,” his mother explains. “My husband Marcel and I cannot reach him verbally. 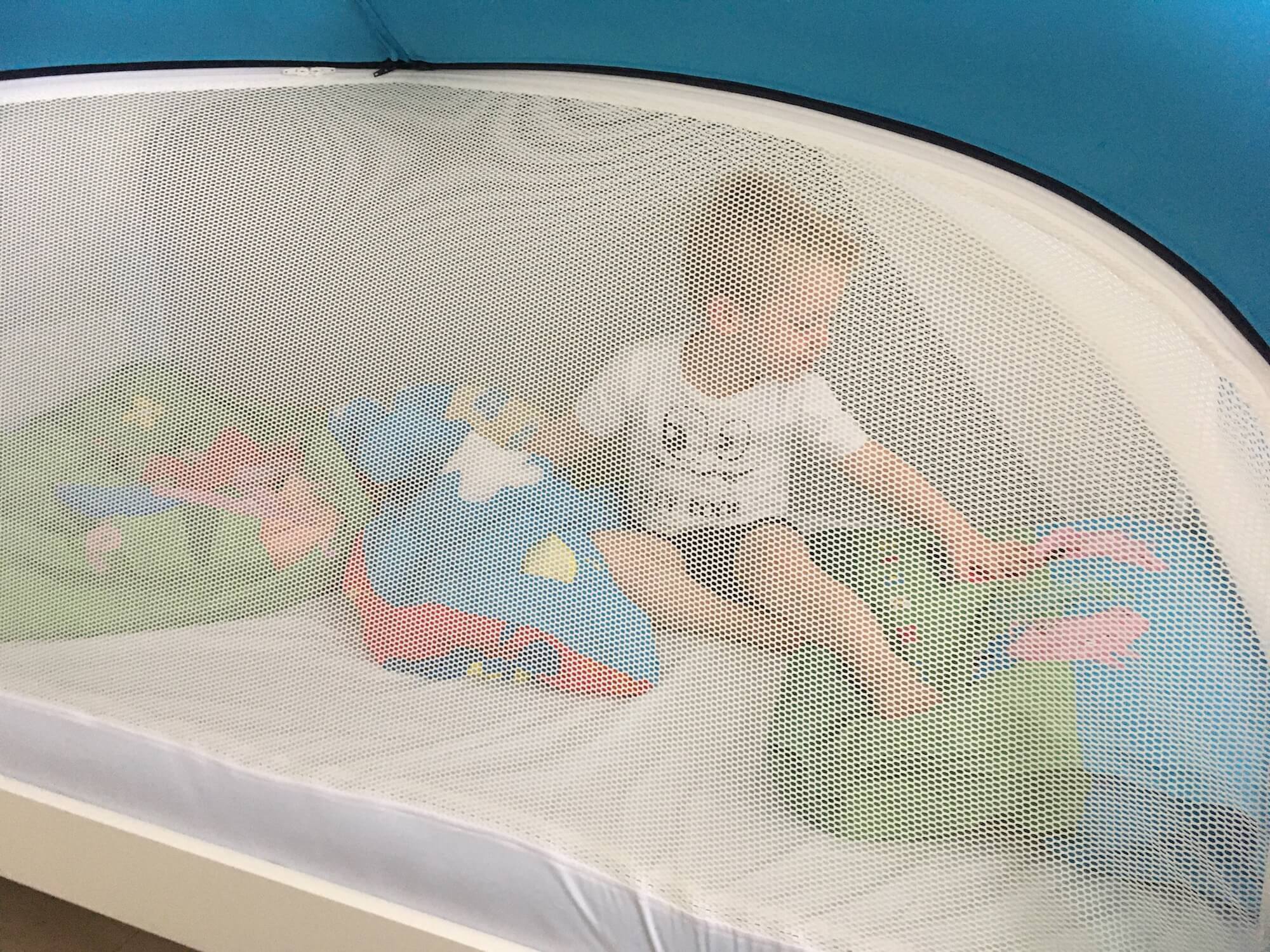 When his bed became too small and unsafe, she started looking for a suitable alternative. Karen: “An ‘ordinary’ bed is not an option for Stan, because of the jumping and hitting. He knows no danger and constantly wants to leave his bed. The, I found CloudCuddle via Google, I thought: this is it! A mobile bed tent. Then he can also stay with grandma. But I did have a problem: the tool is meant to be taken on a journey, not for permanent use. When asked at the daycare centre where Stan is going, the staff were not familiar with CloudCuddle. Because of this, I had my doubts about this possibility at first.”

Karen inquired with the healthcare insurance whether the CloudCuddle would be reimbursed. At first she was told ‘no’. However, it was possible to get a much more expensive high-low bed reimbursed. “The high-low bed does not apply to us because my child is not physically disabled. Moreover, Stan would have to change rooms because of the size of the bed. That much change is not beneficial for a child with ASD. And we would still not have a solution for sleeping away from home.”

A lot to arrange with autism

“If you have a child with a disability such as autism, there is a lot to be taken care of. For instance paperwork and phone calls. There is also a lot of uncertainty about what you are entitled to or not entitled to or what is available for your child. That is sometimes quite frustrating,” As there was no possibility for compensation I told two good friends about my struggle. How about crowdfunding, one of them suggested. I gave it a thought, but it felt somewhat uncomfortable.”

Without Karen and Marcel knowing, the friends picked up the challenge. They organised a crowdfunding among the friends and relatives of the family, via WhatsApp and Facebook. They planned it would take three weeks, but after just a day and a half they had enough money together to buy a CloudCuddle with pump, a single bed and three sheets. The friends had made a large cheque with the amount on one side and the names of the generous donors on the other. “It felt as if I had won the Lottery  by,” says Karen. “I cried with emotion for the rest of the day,” she continues. It’s quiet for a moment on the other side of the telephone line. “I still cry every time I I tell about it. Wonderful that others do that for you. 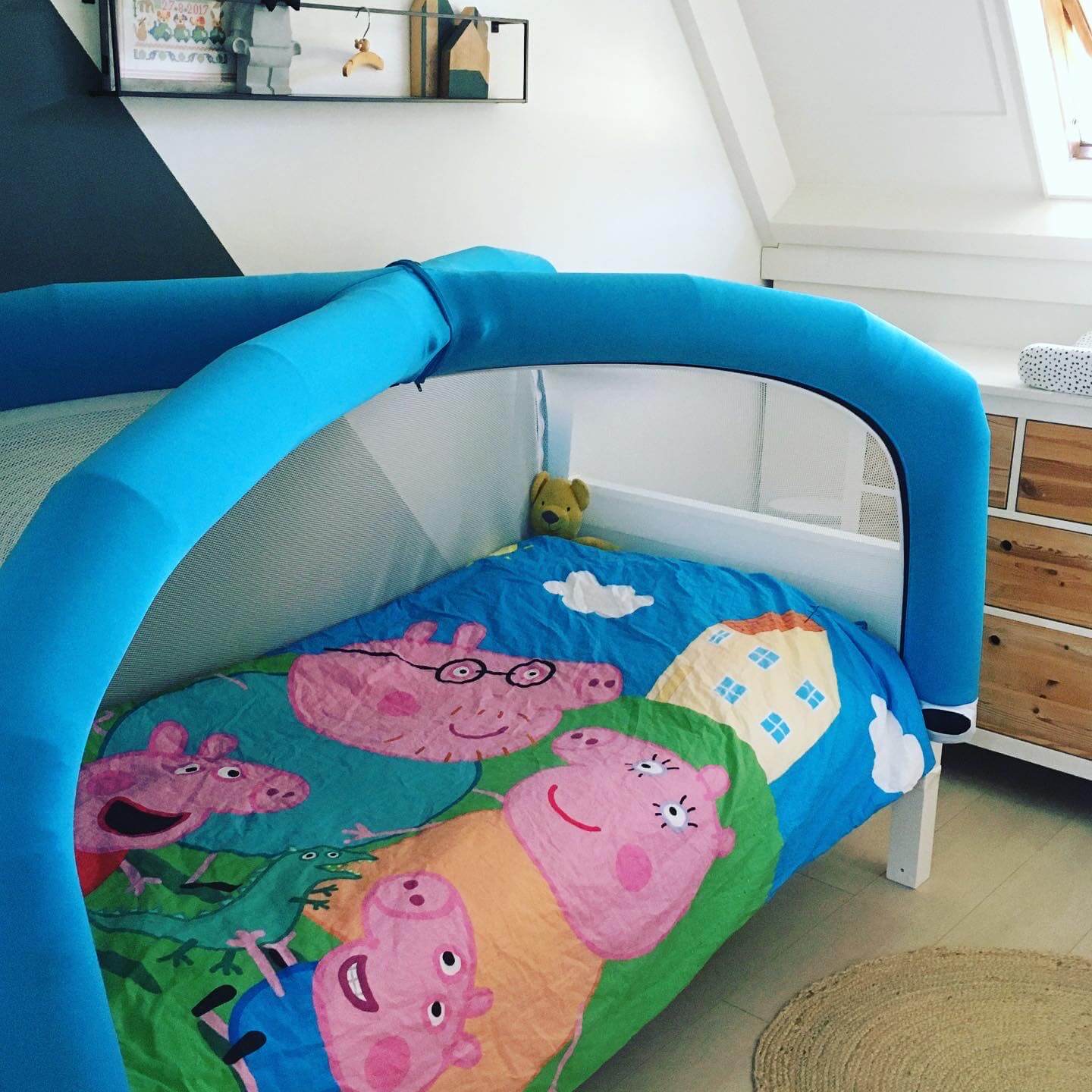 The CloudCuddle was quickly ordered and delivered. Together with Stan I bought a new duvet cover in tow. From the first night on Stan slept well in the bed tent. Awesome! He can’t stand right up, and simply goes to sleep. The CloudCuddle is like a cocoon that dampens everything. Stan now really has his own bubble, his own safe space”, says Karen. “We are absolutely not allowed to lie in his bed either,” she laughs.

“We took the CloudCuddle with us on holiday. The only condition of a holiday home is now: is there a good single mattress? We don’t have to go to an adapted cottage. This has given us much more freedom. That’s especially nice because we already have to leave quite a lot in daily life, because of Stan.
Recently we also went to grandpa and grandma for a day. Normally this is quite a challenge for our son, because of the many stimuli and the long journey. But now we could bring his own resting place. Ideal.

The only disadvantage is cleaning the sheets. That takes more time. If Stan has a nightly accident, changing the sheet is less easy than in a normal bed. But on the other hand, the entire CloudCuddle cover is machine washable. A big advantage. And I’m willing to do the extra work, given the other advantages it offers Stan.